While P•770 and P•790 are at the forefront, there’s another sibling rivalry taking place inside the TaylorMade household. The battle between the Ultimate Driving Iron and the Superior Driving Hybrid.

These two clubs were engineered with a similar purpose: To provide additional options at the longer end of your bag. You know, that one area of your golf bag that seldom gets the attention it deserves because the clubs that fit there are traditionally hard to hit. Yeah, that one. The space between your longest playable iron and shortest fairway wood.

One tried and true option to fill that need is the hybrid. Building on the success of SIM Max Rescue, which has achieved unprecedented TOUR adoption, we’ve added to the family with SIM UDI and SIM DHY utility irons. Now the question becomes: What are the differences and how do I choose the right one for my game? 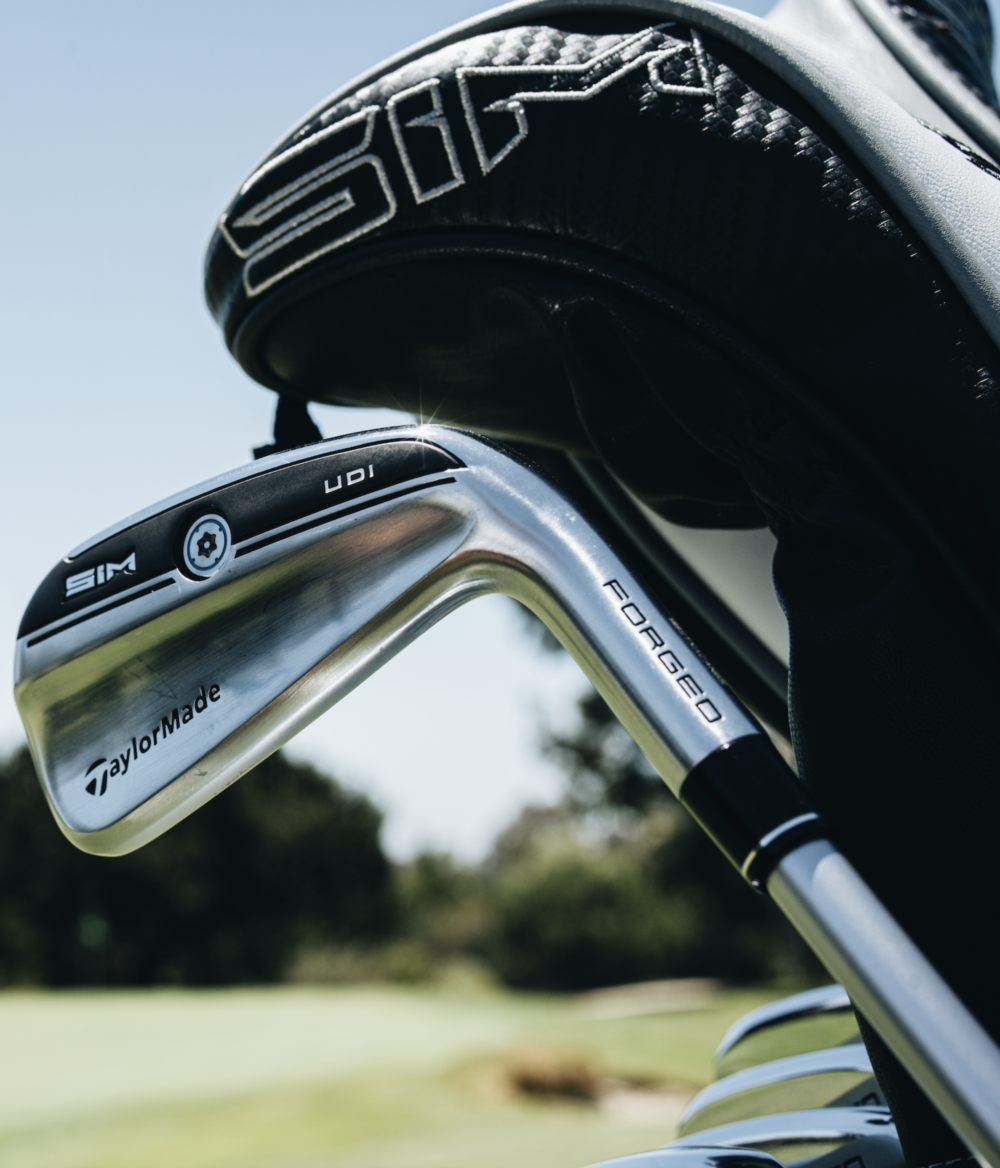 Designed with the better player in mind, SIM UDI delivers a penetrating ball flight with enhanced workability and control.

We took a lot of cues from the game’s top players when designing this club. It’s built to produce a low, penetrating ball flight with all the shot-shaping power a player will need. Can you say stingers, anyone?

To put it plainly, this club is made for the player with mid-to-high ball speed generally found in the mid-to-low handicap demographic. The most sensitive elements for this bracket are visuals at address and offset. During development of the original UDI, we took Tour pro and better player feedback and tried to make a natural progression of offset – so it follows what you would see from a four iron, into a three iron and so on.

As far as shaping is concerned, it has a thinner topline and narrower sole that adds to the workability features of this utility iron. The face-on view reveals some aggressive score lines for spin control. Just like SIM DHY, it has a cambered sole that draws inspirations from the V Steel™ construction on SIM Max Rescue. This design is meant to improve turf interaction, particularly on bad lies, and is a key component to the versatility of the club – making it playable off the tee, from the fairway, in the rough and even from the bunker.

Because the original UDI was so well received, we didn’t stray too far from what the people wanted. We kept the offset low with SIM UDI, even slightly less than on the 790 UDI. As offset lessens, one of the things you have to combat is a right tendency. That’s even true for better players. We’ve taken that into account with the design of this club and truly feel we’ve struck the ideal balance between performance and looks.

The elegant chrome finish with angular black accents make this club a sight to behold. Clean aesthetics with a premium vibe. 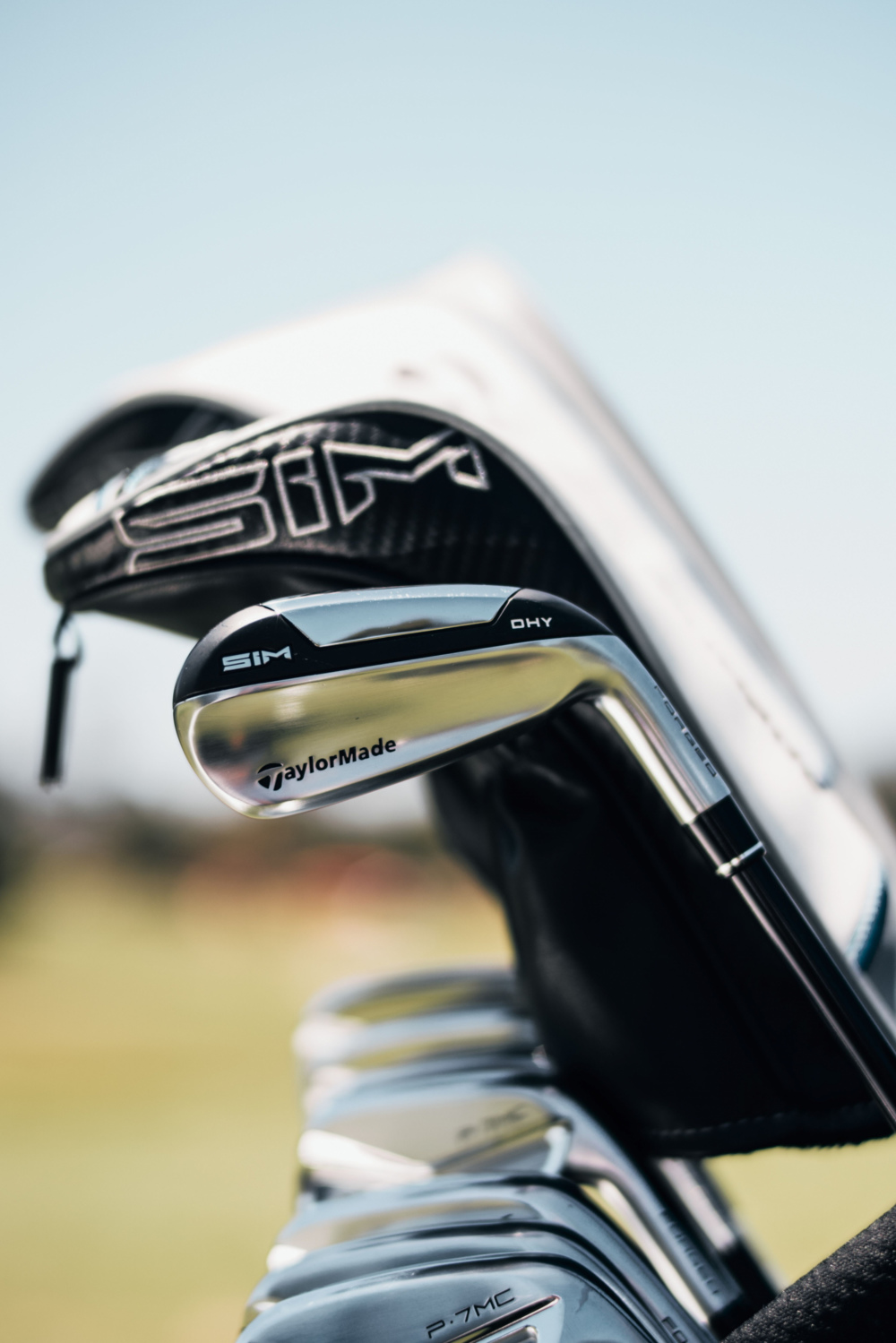 SIM DHY is designed to push the boundaries of forgiveness in utility irons, delivering high launch and versatile performance.

SIM DHY is really meant for the golfer who likes the performance of a hybrid but prefers the look of an iron. Often times golfers look down at a utility club and immediately feel like it’s hard to hit. Why is that? The main reason is that very little face is visible. Not seeing the club face can be an uninviting feel.

When we went to the drawing board with SIM DHY, we added offset in comparison to the UDI, gave the clubhead a slightly rounder shape and added some girth. All those things combine to make this a more friendly looking club at address that’s easier to launch. We truly wanted to give golfers the feeling of, “Hey, this is just as easy to hit as a hybrid.”

Overall, it was designed for versatility and forgiveness. Engineered with a hollow body construction that allows for a low and deep CG placement that delivers easy launch with a mid-high trajectory. Ideally positioned for the mid-to-high handicapper that’s seeking a versatile component at the top end of the bag.

Enhancing the low CG characteristics is a newly developed SpeedFoam “light” material that is 35% less dense than the standard urethane foam injection used in other TaylorMade products (P•790, P•770 and P•790 UDI). The lighter material allowed company engineers to position CG lower within the clubhead to promote a higher launch and trajectory. Adding to the low-CG properties is a TPS port on the sole of the club where the SpeedFoam is injected. The port is filled with a heavy screw that drives CG even lower.

The two clubs were designed with two different golfers in mind, while covering a wide spread of players. Ultimately, the best way to decide to right choice for your game is be fit by one of our expert clubfitters in the field. You can find one near you by clicking here (LINK TO FITTING MAP).

If you want some quick hitting answers, check out the points below:

If you want some quick hitting answers, check out the points below: 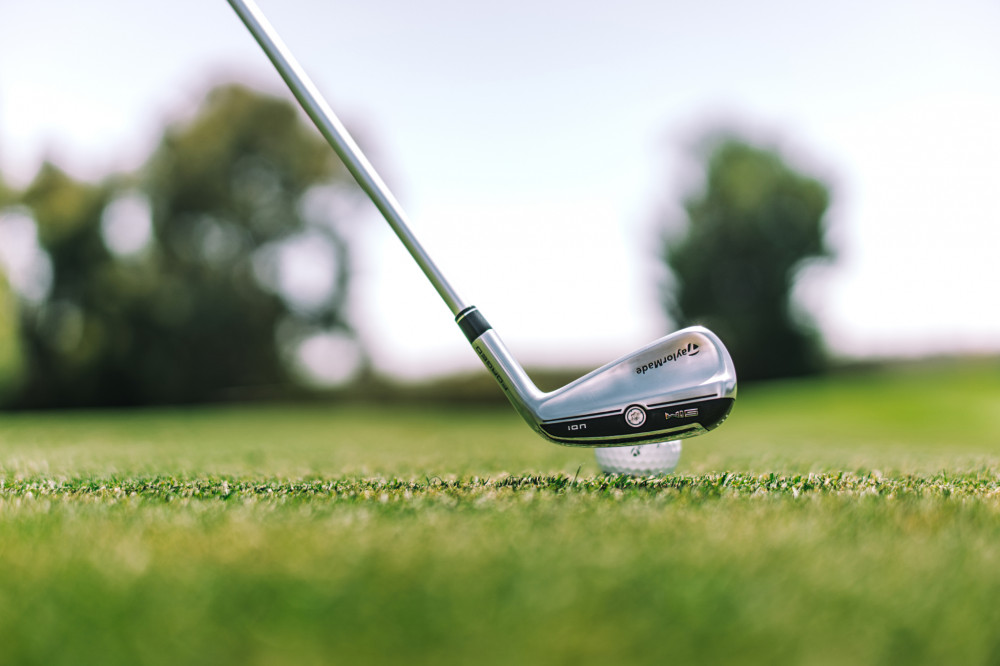