The Women of Stealth 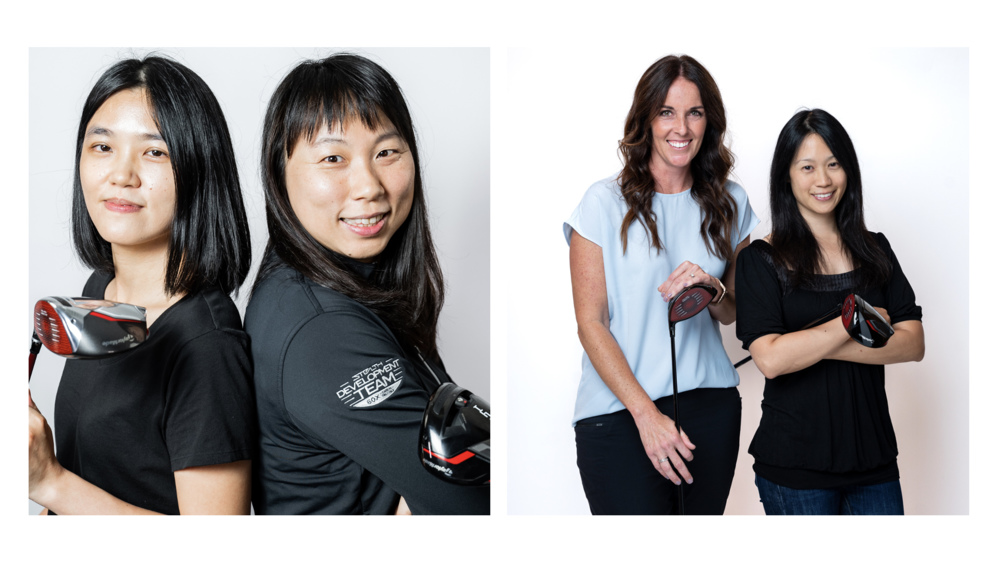 Building a functional carbon-faced driver is no easy task. Hence, it took us 20 years to get it exactly right. A lot of brilliant minds made the dream of Stealth a reality, and in this feature we highlight the invaluable contributions of four talented engineers:

With more than 40 years of combined golf R&D experience, this group of women played a crucial role in the development and production of TaylorMade Carbonwood™ drivers. Their stories are unique, as women account for less than 20% of engineers across all U.S. industries – a figure that's undoubtedly less in golf.

Furthermore, their varied pathways to golf include work with semiconductors, concept car designs and classified military defense systems 🤔. Let's get to know the Women of Stealth.

After earning an engineering degree from USC, Connie Hsiao started work for the Ford Motor Company in her home country of Taiwan. She was the only female engineer on the manufacturing side, so she naturally gravitated toward Bohan Kuo when she joined the team a few months later. The duo became quick friends, and when Connie made the leap to TaylorMade, she recruited Bohan to come along.

Since then, they've worked side-by-side for nearly a decade. Their kids have weekend play dates, and they often share family dinners. They're more than co-workers. They're friends.

"That's one of the things that really warms…my heart about TaylorMade," says Hsiao. "The people here make it special, and then on top of that we make special products." 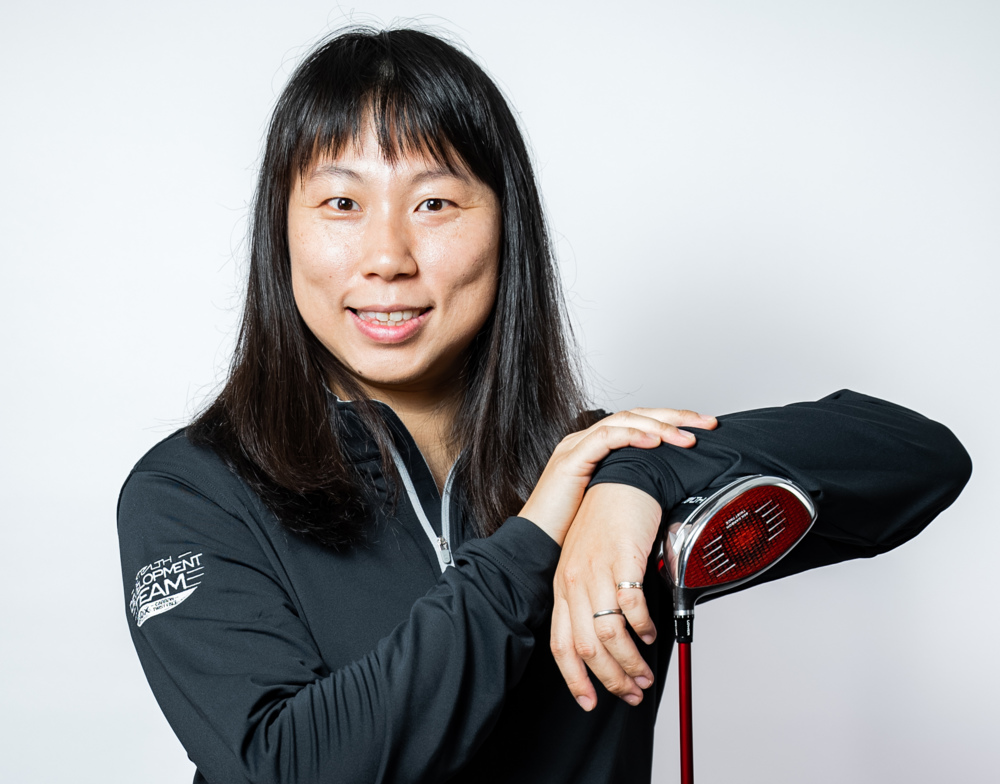 The first such product for Hsiao was Gloire™ Reserve – TaylorMade's inaugural foray into carbon-faced drivers. When one of the project's leads left the company, she was thrown into the fire. And loved it. She helped develop the casting design, worked on the bonding process and even the shape of the head.

"We learned so much with Gloire, and it provided a foundation for the future," she says. "It proved to us that scalability was possible."

She credits the R&D team for coming up with advanced shaping in 60X Carbon Twist Face and a better head design to push Stealth beyond the original Gloire Reserve.

"It's kind of like being a cook," she describes. "We have the ingredients, but right now, we have a better recipe. It's got more flavor to it."

Before joining TaylorMade, Christine Jen worked in the defense industry. We could tell you more, but we don't want to see a black suburban with tinted windows parked in front of TaylorMade HQ.

She's an expert in advanced carbon composites, making her the ideal fit at TaylorMade.

"I came in during the development of M1, which was our first driver with a carbon crown," says Jen. "I was fortunate that I had the background the company was looking for as TaylorMade really started diving deep in the carbon composite world."

Even with all her experience, Stealth was a different beast for many reasons. COVID, for starters. One of Jen's core responsibilities is mapping the production process and ensuring vendors execute the design as detailed. 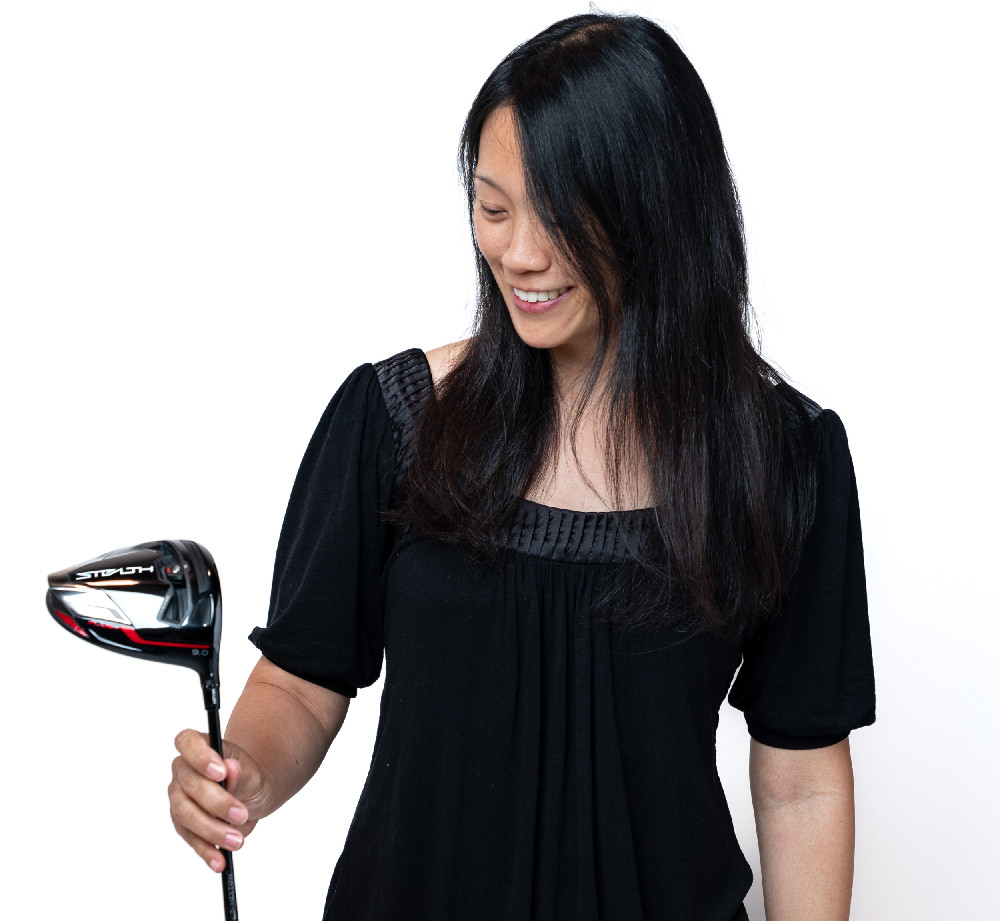 Restrictions on overseas travel prevented her from being on-site to inspect vendors in person. So, she'd tour facilities virtually and rely on the team on the ground (in many cases, Bohan and Connie) to execute the plans flawlessly. And they did.

"All the manufacturing facilities for Stealth had to be built from the ground up because it is an entirely different process than anything we've done before," she says. "The fact that we were able to do it in the middle of a pandemic highlights the commitment from our teams around the globe and the high level of communication."

There were a lot of questions that had to be answered on the fly. Can we run players' tests from people's backyards? How do we perform sound tests from our house? There were times when Jen was sending 2 a.m. messages to sync up with global time difference because that's what it took to get the job done.

It was creative collaboration at its finest, and Christine Jen was at its core.

If there's a flaw in the production process, Bohan Kuo will find it. She's like engineering's version of a psychologist, diving deep to unearth the root of the problem. Only her patients are golf clubs.

Armed with an M.A. in mechanical engineering from Penn State, she took her first job at a Ford Motor Company, where she met the aforementioned Connie Hsiao. While there, she honed her investigative skills by troubleshooting complaints from customers and manufacturing facilities.

"Whether it was a problem with the design, a certain batch of materials or the quality of a part, I had to discover the source of the problem," she describes. "A big part of my role with TaylorMade is doing the same thing, so that we can identify any potential issues and prevent them from happening in the future or letting any faulty product hit the market." 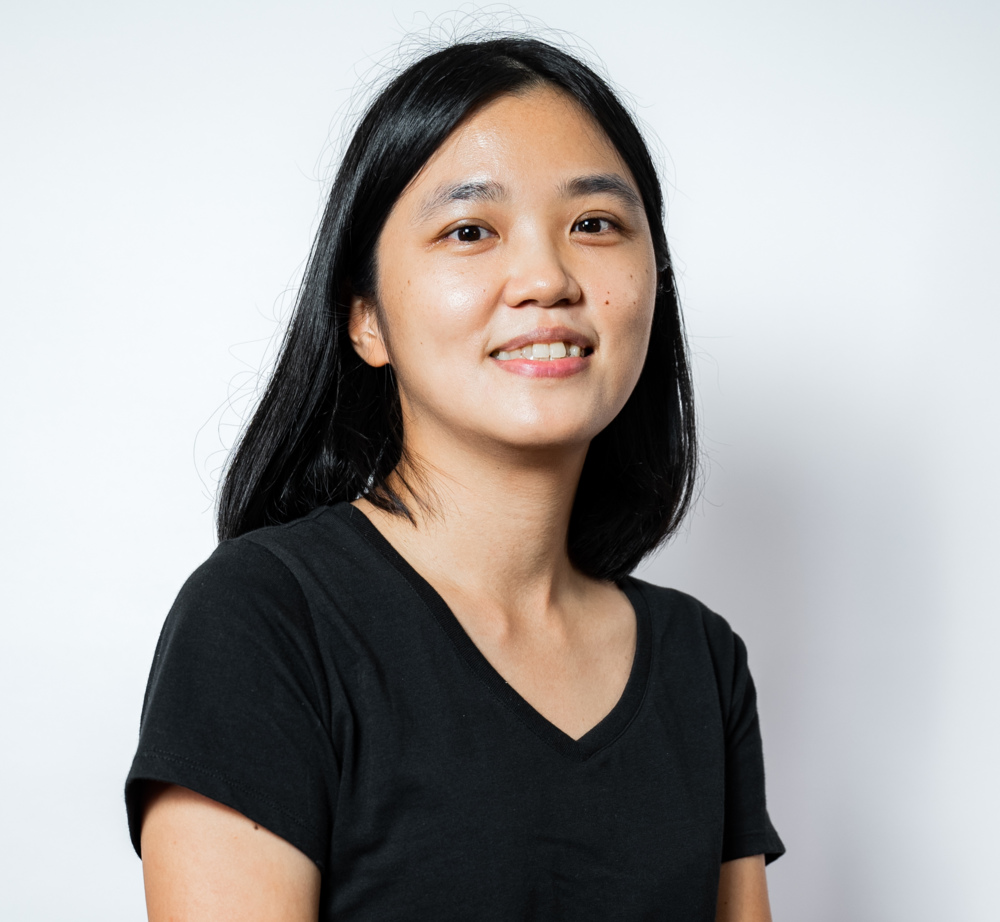 This was a critical step in the development of Stealth, as all manufacturing facilities and processes were brand new. Once mass production began, Kuo and her team kicked into overdrive. She focused most critically on the bonding process to ensure the best possible aesthetics and performance for every Stealth driver destined for a tee box near you.

Kuo took up playing the game more seriously two years ago. She's been taking lessons and going to the range to practice regularly.

"It's great to finally start using a club that I helped make," she says. "It's even more rewarding when I see other golfers using Stealth. It's just an amazing feeling."

The Monday playoff at the 2008 U.S. Open is one of those "Where were you when it happened?" kind of moments. TaylorMade Principal Engineer of Production Development, Michelle Penney, was standing next to the 18th green at Torrey Pines. She remembers it as the moment she fell in love with golf.

Coming full circle, she's now part of a team that designs and engineers equipment for that week's winner: One, Tiger Woods.

"After 14 years of designing product and two years on Stealth, it felt like winning the lottery when Tiger wanted to put it in play with his son," she explains. "Just incredible." 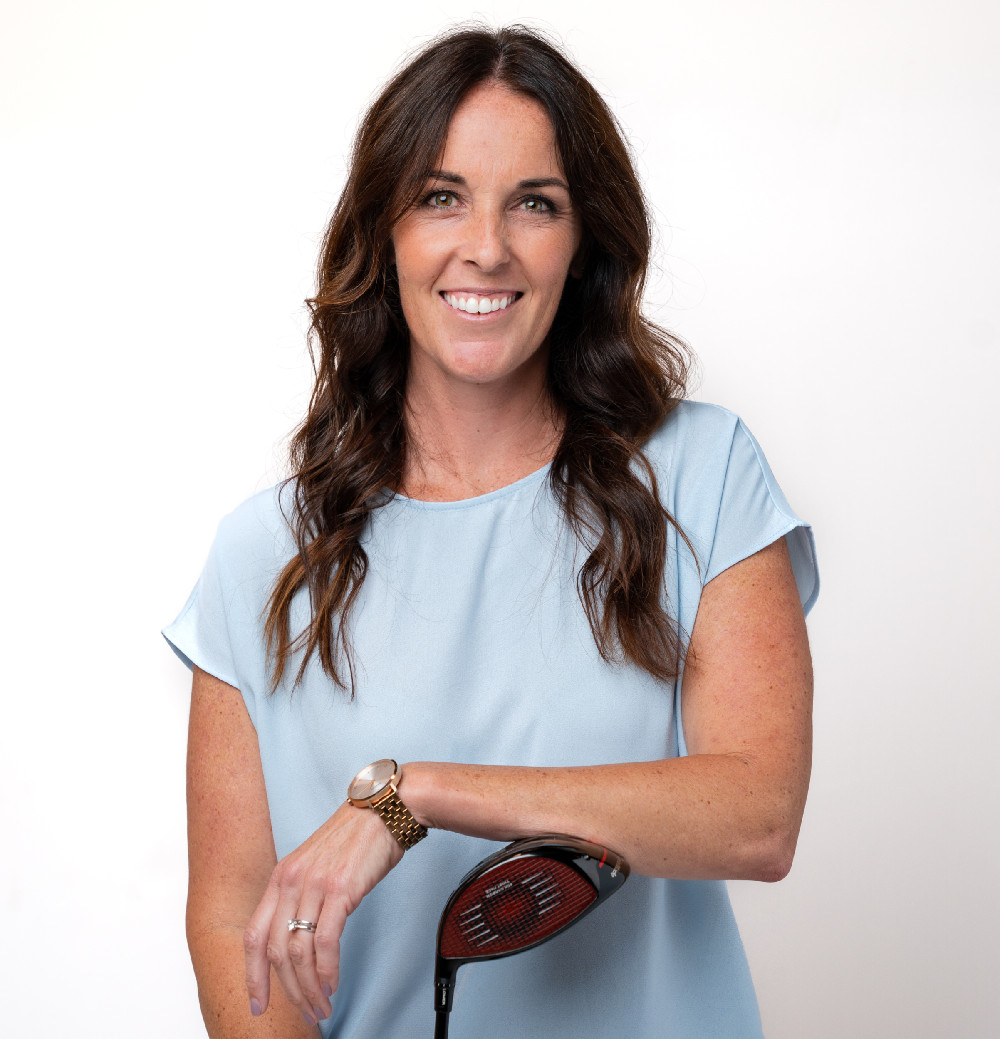 However, Penney wasn't always a golf fan. She came to TaylorMade from the automotive industry, where she worked for powerhouses like Nissan, Honda and Acura. She viewed cars as the ultimate marriage of design and engineering. Beauty and performance: You can't have one without the other.

"I think golf clubs fall into that same category," she says. "More so, a golf ball experiences several thousand times the G-force as a car crash, and that impact has to happen thousands of times before we deem it acceptable to send out into the world. That presents a different challenge. I think that's why I've stuck with it."

There's also the challenge of navigating a space where she's often the only woman in the room. However, throughout her career, she's embraced the role. She carries it with a certain lightness, charisma and always a smile.

When she started with Nissan and Honda, she was the first woman hired for her respective position. Now, at TaylorMade, she's part of a core group of female engineers that helped bring Stealth to life.

"Engineering is still a very monochromatic street, but it's inspiring to know that many women contributed to this breakout technology," she says. "It shows progress and that the number of women in the field is growing. I don't mind being the guinea pig if it makes things easier for the next person and generation when they come in."

Penney's core role is CAD design – using advanced computer technology to create detailed 3D renderings to refine product viability. After graduating from the University of California San Diego with a degree in mechanical engineering, she got a crash course in CAD design, envisioning concept cars for Nissan. She credits the experience with preparing for where she is today with her career. "I learned that industrial engineers will quickly tell you, 'I can't make this,'" she laughs. "They don't like it when you hand them crazy designs that aren't realistic or viable for production."

The lesson served her well, but she hasn't lost her creativity and willingness to push the envelope. Which TaylorMade is thankful for. The company is kind of into doing things that other brands can't or won't. À la, the Carbonwood Age.

Are you sure you want to remove the following product from the cart?