Someone once said: “Numbers don’t lie.”

At TaylorMade, we conduct equipment testing sessions throughout the year with players of every skill level. From the Tour all the way to weekend warriors. Our teams rely on the collected data to develop the best performing equipment possible and deliver it to your golf bag.

To help introduce the new trio of SIM2 drivers (SIM2, SIM2 Max and SIM2 Max•D), we’re bringing you inside a testing session with the goal of helping you understand which model of SIM2 best fits for your game.

We tapped a variety of testers, spanning from a scratch golfer with 100+ mph swing speed, all the way to an 18-handicap who plays for the love of the game. To boot, all of our testers are members of Team TaylorMade. We wanted to pull back the curtain and reveal that we’re golfers just like you. While we don’t all have perfect swings, our passion for the game connects us to the products we make and the golfers who use them.

Chris “Trottie” Trott, TaylorMade’s Director of Global Tours Sports Marketing, commonly dials in the best players on Tour, making sure their clubs are perfect each week of competition. He lent his expertise while conducting this testing process.

Of the four different golfers selected, it’s our hope that their player profiles sound familiar. So, ultimately, we can help you decide which model is the best fit for you.

Each tester used their gamer golf shaft and their preferred golf ball (TP5 or TP5x).

Kendall isn’t the longest hitter, but she’s extremely consistent and accurate off the tee. For the golfer with a rhythmic and repeatable swing, Kendall’s test session is a good benchmark for the performance of SIM2 drivers.

Her session began with SIM2 (10.5°) in standard positioning. After assessing the first round of data, Trottie concluded that her spin numbers were a little too low. Launch and spin are key factors, as launch dictates how the ball gets airborne and spin keeps the ball in the air to extend carry distance. For a player in Kendall’s speed window, the lower spin numbers weren’t allowing the maximum carry distance.

The TPS weight port positioned behind center face on the SIM2 driver is intended to lower spin rates, so the driver performed precisely how it was designed. Here’s a look at Kendall’s average SIM2 numbers:

Moving her into the SIM2 Max (10.5°) immediately delivered a higher ball flight with increased spin, helping the ball stay in the air for longer. Her average carry distance jumped from 202 to 211, while average total distance increased to 235 yards. The heavier 24g tungsten weight positioned on the Inertia Generator at the back of the SIM2 Max (compared to 16g steel weight on SIM2) increases MOI/forgiveness and produces slightly more spin than SIM2. The TPS front weight is also in a different location on the Max, strategically placed to encourage mid-high launch with mid-low spin. Here are Kendall’s average SIM2 Max numbers:

The SIM2 Max•D was ruled out fairly quickly. Her natural shot shape is a draw, so she doesn’t need the extra help turning the ball over. For better players, like Kendall who competed collegiately at Arizona, the face angle on the SIM2 Max•D may appear closed at address. Because this driver wasn’t a true option for this player, we won’t share the data. However, know that it produced the shortest carry and total distances of the three – the over pronounced draw caused the ball to hook and nosedive out of the sky.

The final prescription? SIM2 Max was the right club for Kendall, the moderate swing speed player with a rhythmic and consistent swing.

Ollie Neglerio is known for his work behind the camera as one of TaylorMade’s premier content creators. On this day, he stepped out from behind the lens to test SIM2.

As vet of the industry, Ollie has knowledge of equipment and the game. The mid-handicapper has been playing for a long time, but with two little ones at home his opportunity to play and practice has been limited for the last few years.

That’s likely a familiar story to many golfers. Those who love the game, regularly read and consume golf media to stay educated on the latest and greatest, but for myriad reasons don’t have as much time to play as they once did.

Ollie came out of the gates testing SIM2 (10.5°). He still possessed speed, swinging above 100 mph, but with less time to work on the craft he developed a slight over the top motion that caused him to release the club low and left of target. The result, he delivered some low-launching cuts with spin rates in the ballpark of 4,000 rpms. Like many golfers in this range, he was fighting the right miss, leaving both yardage and accuracy on the table.

Looking at both the swing and the data, Trottie opted to move Ollie into the SIM2 Max•D in an attempt to lower spin rates and increase the launch angle. The results were virtually immediate (see video above).

To be fair, SIM2 Max•D is not your typical draw-bias driver. Historically, d-type drivers sacrifice forgiveness for the sake of right-to-left ball flight. However, thanks to an Inertia Generator with a heavy 22g rear weight that’s shifted toward the heel, SIM2 Max•D maintains high MOI (forgiveness) while still combating the common right miss. By the end of this golf season, Max•D may be the underdog champion of the family.

For Ollie, not only did it improve launch, spin and distance, but dispersion was tighter. His averages are below:

The SIM2 Max produced similar numbers (even slight increases in carry at 256 yards and total distance at 274 yards), but with a wider dispersion. For Ollie, SIM2 Max•D was the final choice for its combination of launch, spin, distance and improved accuracy.

To be an 18 handicap after only playing the game for two years is respectable. Jonah came to golf from a background of high school and collegiate sports – including football and lacrosse. He definitely brings an air of athleticism and isn’t afraid to take a mighty lash.

For the swing away high handicapper who loves to let it fly, but struggles with inconsistencies, Jonah is your guy. His testing session followed a similar cadence to Ollie’s. After a number of low-launch and high-spin drives that missed right with SIM2, Trottie steered him to the SIM2 Max•D.

Immediately, there was a visible difference in ball flight – gaining higher launch, more distance and better accuracy. For a player with Jonah’s speed, the Max•D product proved to be a game changer. It let him swing freely without the fear of losing the shot too far right.

In the ideal fitting for Jonah, Trottie would have taken the 9° SIM2 Max•D driver set to 1° higher in order to close the face and combat the right-side miss while still providing optimal launch.
[NOTE: The Loft Sleeve affects both loft and face angle. Adding loft closes the face, while decreasing loft opens it.]

Similar to Ollie, the SIM2 Max produced solid launch, spin and distance, but a wider dispersion for Jonah.

https://www.taylormadegolf.com.au...Bucky Coe is one of the most knowledgeable golfers and equipment minds at TaylorMade. For years he conducted player testing sessions, just like these, for prototype gear that would eventually come to market. He recently transitioned to a new role in the company’s putter lab.

He is your quintessential gear head, with the ability to discuss all things golf equipment from present day dating back to before he was born. Speaking of, it’s true that when he was born his parents named him after the family dog. He was a good boy.

Players of this caliber have the ability to control path and face angle, so the SIM2 Max•D was sidelined from the start. Bucky is already a fairly low-spin player, so he prefers to take the added forgiveness of SIM2 Max even though it spins slightly more than the SIM2. He kicked it off with a SIM2 Max set to 2° lower – his standard setting.

In working with Bucky, Trottie was in his element. A talented player who fully understands the data and knows what they want to accomplish with the golf swing. Leaning on the insights of the player, they stayed in SIM2 Max for the majority of the session – frequently adjusting loft and face angle to pinpoint the sought-after performance.

Forced to nitpick, Trottie wanted to drop spin marginally. His instincts pushed him to suggest SIM2 for Bucky by the end of the session. With lower spin properties, the SIM2 produced slight increases in ball speed, carry and total distance while keeping spin under 3,000 rpms.

Ultimately, at this level, preference as a player takes precedence. The SIM2 head will deliver lower spin with increased distance, while the SIM2 Max will be more forgiving with a higher launch. So, if you’re a data-driven golfer with a high equipment IQ, you’ll want to pay close attention to this in-depth conversation between two of the most well-versed golfers at TaylorMade.

SIM2
Traditional driver designs come with a tradeoff, but TaylorMade journeyed beyond tradition to obtain power, speed and forgiveness in a low spin driver. The reconstructed SIM2 delivers high MOI properties with a heavy 16g steel weight positioned on the Inertia Generator. The TPS Front Weight is strategically located behind the face to encourage optimal launch with low spin characteristics, delivering complete performance that’s low on spin and high on forgiveness.

SIM2 Max
With an intense focus on speed and forgiveness, the SIM2 Max delivers high MOI properties with a heavy 24g tungsten weight positioned on the Inertia Generator. The TPS Front Weight is strategically located on the sole of the club to encourage the optimal mid-high launch with mid-low spin properties, delivering complete performance and max forgiveness.

SIM2 Max•D
Historically, draw-bias drivers have come with a tradeoff, sacrificing forgiveness for a left-to-right ball flight. The all-new SIM2 Max•D features a repositioned SIM Inertia Generator that’s closer to the heel, encouraging a heel CG that’s low and back for more forgiveness – delivering a higher launch with the largest, most forgiving face in the SIM lineup. The end result, a draw-biased driver without compromise.

“These three drivers enable us to deliver vastly different performance for a variety of players. We know there are a lot of different golfers out there. People will need lower spin. People who need higher spin. People who hit it straight and people who need draw bias. So, we're delivering across the board with SIM2, SIM2 Max and SIM2 Max•D – separating them in terms of launch and spin. The unifying feature among all three is forgiveness – we’ve increased MOI throughout the entire SIM2 family.”
Tomo Bystedt, TaylorMade’s Senior Director of Product Creation 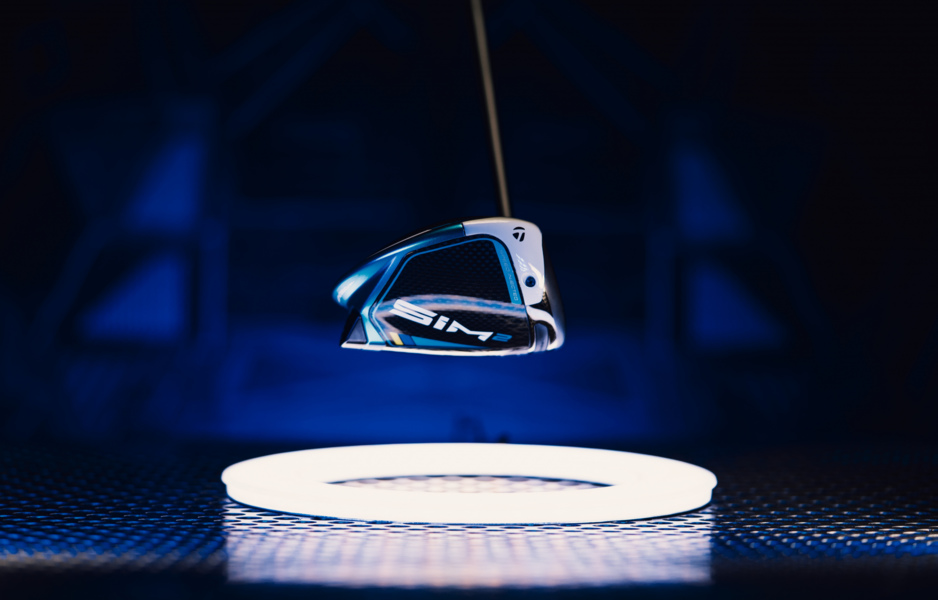 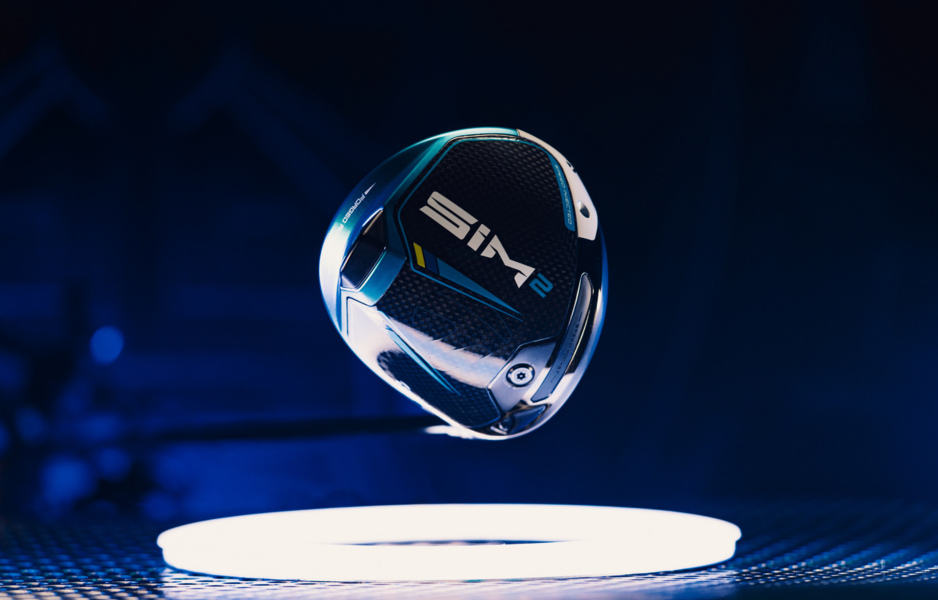 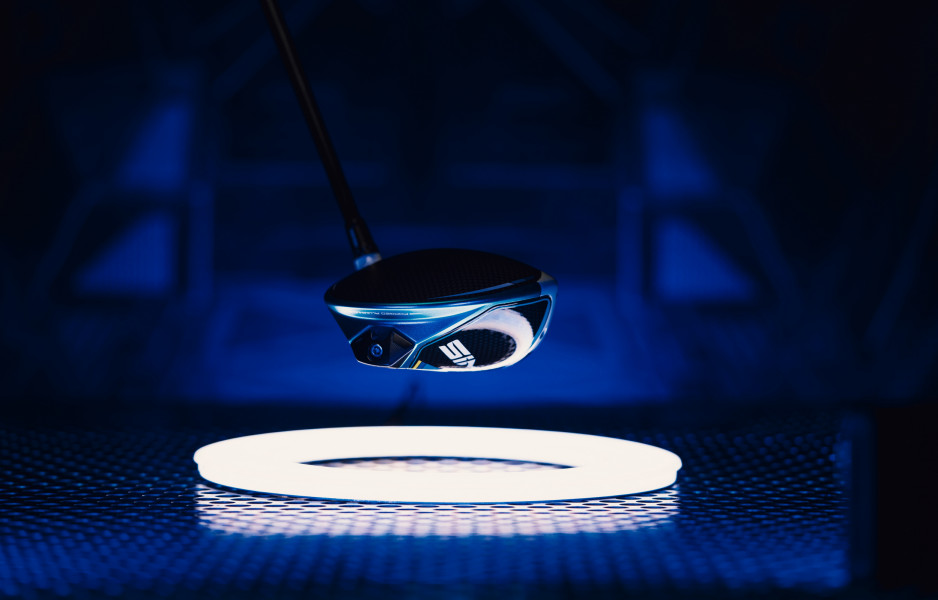 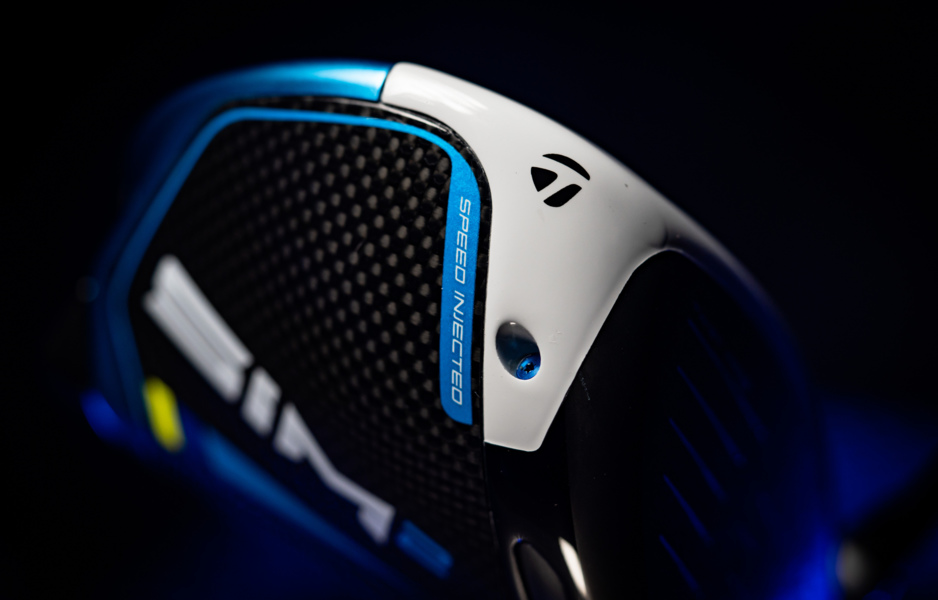 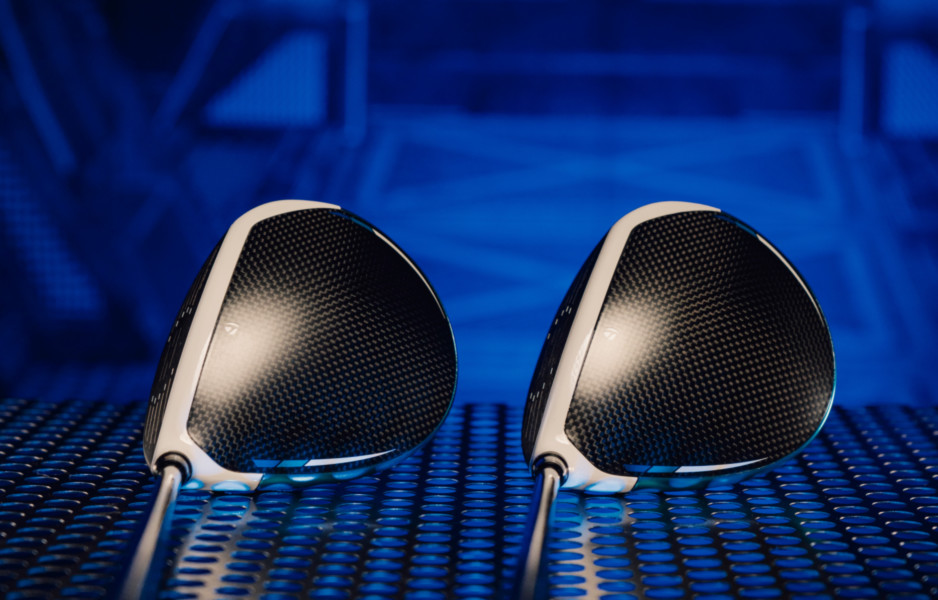 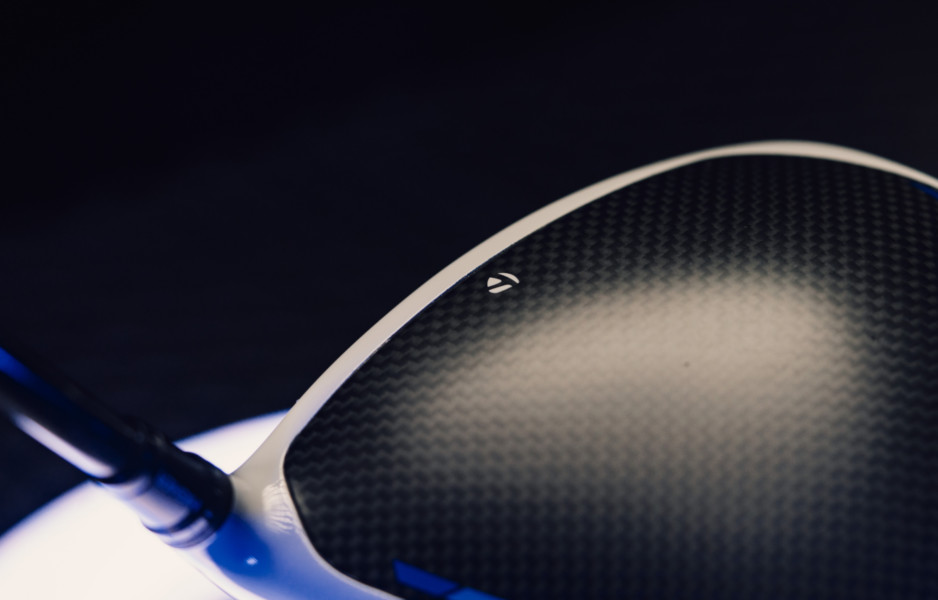 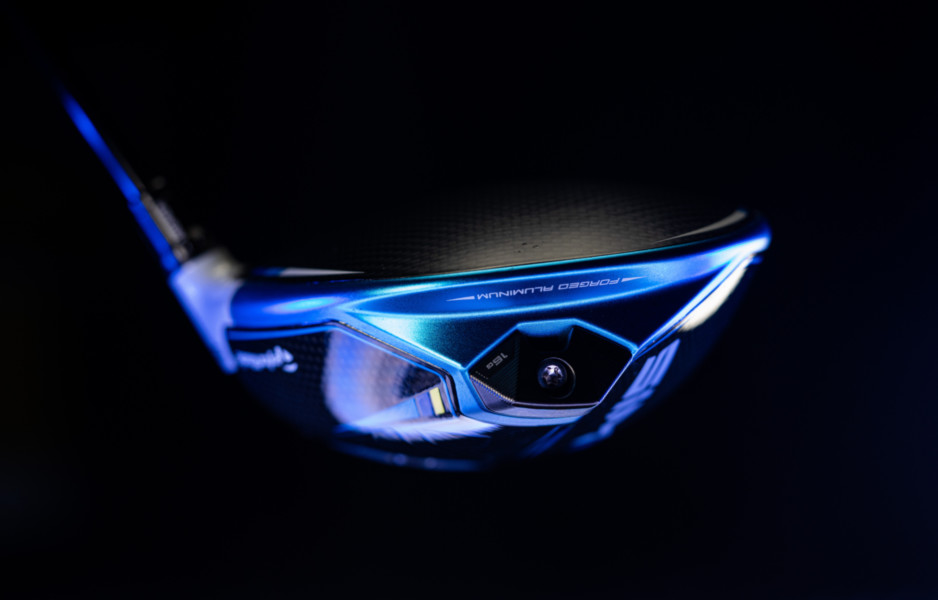 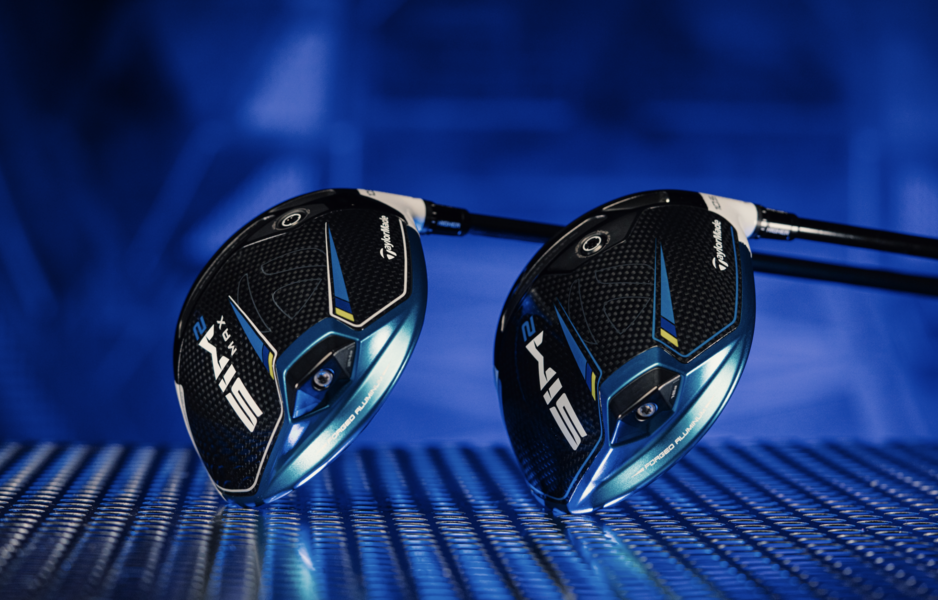